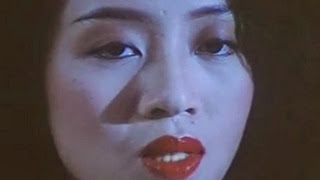 Ni hao. On today's show I'll be playing some tracks from the Lucky Cat GOLD selection .... Earlier this year I was asked to curate 30 tracks for the Duck and Rice jukebox. The Duck and Rice is a new Chinese gastro pub opening in Soho (previously The Endurance pub). This is an Alan Yau project (Hakkasan, Yautacha etc) and promises to be amazing! Downstairs will be for drinking and bar snacking and upstairs will be fine dining. I was so excited and honoured to be asked to be a part of this wonderful project. Hope to see you at the bar or by the jukebox in 2014! Ganbei! More news as I get it....

Walking In May said...

Reviewed a film for my latest post and thought of you! Have a fabulous Christmas Zoe and hope to see you again in 2015!
May x
PS: Running Christmas GiveawayS....last day for a Londoner to win one free Pass for 6 Open Classes (worth £40) with The Cat Pose (Zen Yoga). To enter London Giveaway 1 & International Giveaway 2: http://www.walkinginmay.com/2014/12/benefits-of-zen-yogaand-london-giveaway.html